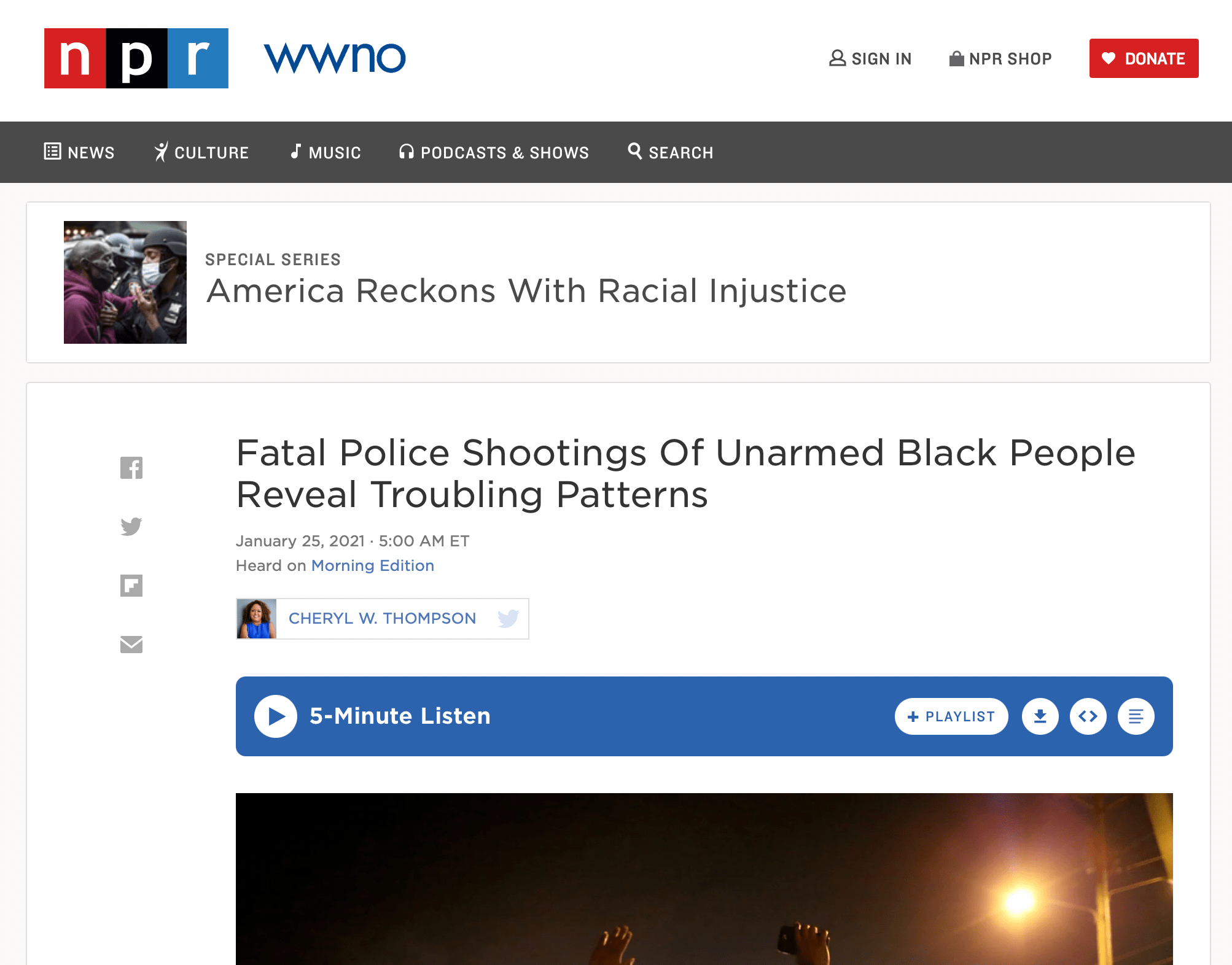 This article and audio segment tells the story of Ronell Foster, Willie McCoy, and other unarmed Black men who have been fatally shot by police. Other findings include that many officers had histories of drug use or domestic violence before being hired, while others were allowed to stay on the force despite citizen’s complaints, crime convictions, and violations of policy.